The Substance of Shostakovich’s Fourth

In Testament, Solomon Volkov puts the following words into Dmitri Shostakovich’s mouth: “The majority of my symphonies are tombstones.... I’m willing to write a composition for each of the victims, but that’s impossible, and that’s why I dedicate my music to them all.” This led Robert R. Reilly to retort: “Yet visits to the graveyard are often difficult, and so is listening to some of Shostakovich’s fifteen symphonies.”

That’s fair enough, but Reilly is far from suggesting that they are not worth the effort. They are, especially if one looks beyond the most popular symphonies (Five, Seven, Ten). Everyone has a favorite — the gloriously witty Ninth; the unbound musical and political allegory that is the Fifteenth. The most important, however, may be the Fourth, a piece that is vital to understanding anything by Shostakovich — not just his symphonic work.

The symphony’s troubled reception starts at its inception. After Shostakovich’s brilliant First Symphony, his graduation examination piece, he composed two propaganda symphonies — also probably underrated, but hardly great. Then he reached his early maturity and the confidence to compose a powerhouse opera like Lady Macbeth of Mtensk. In 1935, he threw himself into the Fourth Symphony — which, along with Lady Macbeth, was his most ambitious work to date. Otto Klemperer, for whom Shostakovich played the score on piano (an effective two-piano score has been recorded), was apparently thrilled. It was close to being finished in early 1936 when the infamous Pravda attack article “Muddle Instead of Music” appeared, which was purportedly about Lady Macbeth but really about Shostakovich himself. The climate for the U.S.S.R.’s poster-boy composer had changed considerably. Shostakovich still finished writing the Fourth and the Leningrad Philharmonic had even begun rehearsing for the premiere. But rehearsals were monitored by cultural apparatchiks and the premiere was cancelled on orders from above. Perhaps for the better, because if Shostakovich himself didn’t have the good sense to withdraw the work from public performance in that political climate, he was now made to withdraw it, even if this meant having to publicly claim that the work suffered from “Grandioso-Mania” and that it “in no way corresponds to my current creative convictions and represents for me a long-outdated creative phase.” The manuscript went into the drawer and got lost during the war.

To Russia with love. Shostakovich on the train on his way home to Moscow after the first performance of his Twelfth Symphony ‘The Year 1917’ by the Leningrad Philharmonic

Perhaps for the better, indeed, because the Fourth Symphony is such an unabashed indictment of a terror regime that it might have landed Shostakovich in jail or worse, even in a less oppressive environment than Stalin’s Soviet Union. It’s hard to imagine that he would have premiered this work before the war and still lived to write eleven more symphonies.

The Fourth is a wild, riveting, sometimes abrasively glorious assault on our senses. In an ideal performance, the concluding climax of the first movement becomes a thing of thunderous splendor, demented hordes galloping hellward, without any false sense of sophistication: just raw emotion, coagulated blood, vodka and gunpowder.

Like griffins in lusty combat, the shrieks, the brutality, the claws, the exhaustion, the climaxes and the relentlessness are harrowing. But most distressing, because of all that preceded it, is the ensuing dreamy delicacy of the symphony ticking away, the final breath and the mourning trumpet that sounds like a death knell ringing over a blood-soaked battlefield on a winter dawn. It’s like a comment on a victory that everyone knows was a defeat.

The Fourth is more difficult — both to play and to grasp — than the First Symphony, and probably also than the Fifth and Seventh. It is slow-going in the first movement and needs more help than any of the other symphonies to come off well. This — in addition to the disparaging remarks Shostakovich himself made about the work (“defective, a verbose failure, albeit with bits that I like”), and the fact that there was no myth attached to it in the West (unlike the Fifth’s “forced jubilation finale” or the Seventh’s “against all Totalitarianism”) — slowed down the public embrace of the symphony after Kirill Kondrashin first performed it in 1961 from the reconstructed score, nearly twenty years after the initially planned premiere.

Despite the gloom and darkness, we also find in the Fourth moments of sardonic humor. (Gergiev, though not known for his own light and humorous ways, rightly grumbled at the aforementioned symposium that to ignore the humor in Shostakovich is to miss the point of his music entirely.) Elements in the first movement’s instrumentation and structure most obviously illustrate Shostakovich’s reverence for — and indebtedness to — Gustav Mahler’s symphonies. The Adagio of Mahler’s Tenth is never far away.

As Ian MacDonald suggests in The New Shostakovich: “Sometimes dismissed, in the absence of any grasp of its context or motives, as an undisciplined and bombastic failure, the Fourth Symphony, properly comprehended, emerges as a triumph of intellectual control, energetic drive, and auditory imagination. At twenty-nine, Shostakovich had created a milestone in symphonism that, under any other circumstances, would have gone on to alter the course of Western Music.”

A Fistful of Fourths

Today there are many fine recordings of Shostakovich’s Fourth available, all of which bring to life different aspects of the work: bony rawness with Rudolf Barshai and the WDR Symphony Orchestra (Brilliant Classics); brute force with the same orchestra under Semyon Bychkov (Avie) (SACD); and a tortuously slow build-up, courtesy of Valery Gergiev with the Kirov Orchestra (Philips/Decca). The ferocity and momentum of the Rhenish and Mainz State Philharmonic Orchestras under Daniel Raiskin in a live recording (Cavi) belie the less-well-known ensemble and conductor. But the recording that brings it all together gloriously is Mariss Jansons with the Bavarian Radio Symphony Orchestra on EMI (now Warner).

Jansons — very good in many things but absolutely fail-safe in Shostakovich — was newly anointed to helm of the Bavarian Radio Symphony Orchestra when he recorded the Fourth with them in 2004. The result is smashing — almost literally. The recorded sound shows off the right level of harshness, much like the clean acoustic of the Brilliant Classics. At the same time, like the soft grain of the Gergiev, it allows a richer sound for the strings.

When performed with the anger, the biting, painful sarcasm and the fatalistic energy that the Bavarians and Jansons put into the work, the symphony becomes an indictment of whichever regime you currently hate the most — and a hymn of praise for the uncomfortable genius of Shostakovich. But Jansons doesn’t just score in ferocity: the softer, more lyrical elements of the symphony are also emphasized. As any successful recording of a Shostakovich Symphony ought to, it has a wide dynamic range, made to be listened to at high volume. Cranking it up endows it with a fist-pumping quality that will put any death-metal aficionado to shame. There is no recording to date that better makes the case for the Fourth Symphony to be considered the composer’s most important. 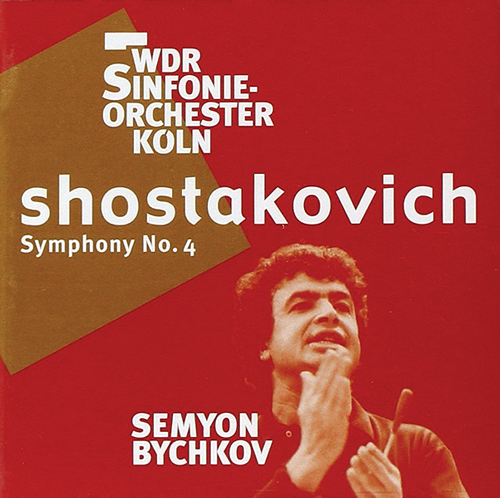 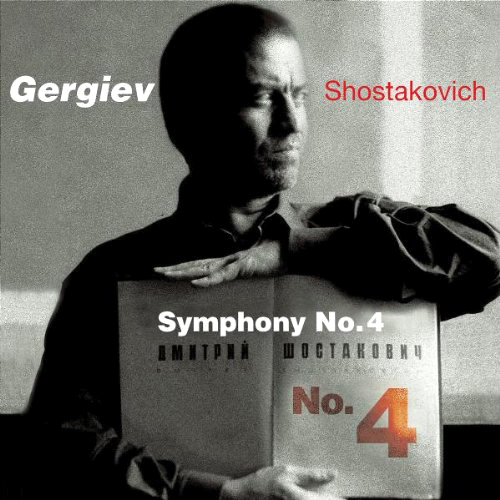 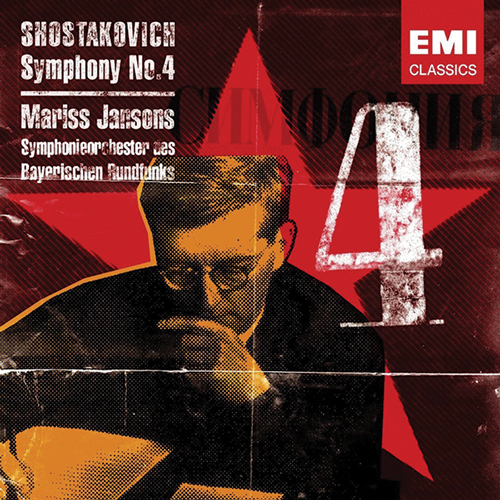 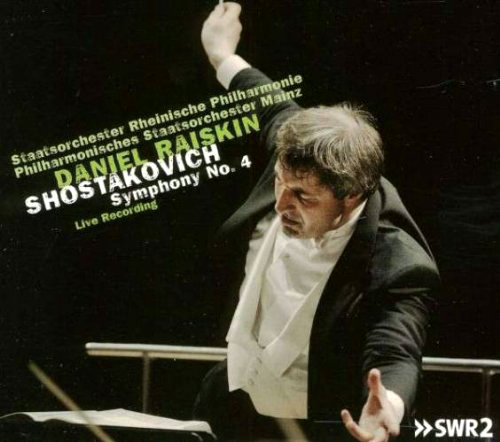