Classical music does not lack for oddballs. Mozart’s ribald and often scatological sense of humor is well documented, as is Beethoven’s asocial scrappiness, Glenn Gould’s neurasthenia, Ives’ legendary crankiness, Wagner’s raging egomania. . . . Legendary eccentrics are too numerous to count. Perhaps the most infuriating of the lot is the frustrating and undeniably brilliant conductor Carlos Kleiber (1930–2004), an electrifying and reclusive genius who was more a non-presence than a star; who was labeled “the vanishing conductor” in the aptly titled documentary Who Was Carlos Kleiber?; whose legacy is based almost entirely on where he was not rather than where he was.

What does one make of a conductor who never held a post, who turned down more jobs than even the most gifted conductors are offered? Who canceled performances more often than he gave them? Who had a reputation as a musician’s musician — a conductor beloved of and defended by orchestral performers (a rare occurrence) — with the narrowest repertoire and smallest recorded output in history? Who insisted on getting — and received — hundreds of rehearsals for a few performances, at tremendous expense to the orchestra? Who never gave interviews, had no agent or manager, and never engaged the press? Who demanded absolute control over any situation and was not above walking out at a crucial moment in an expensive opera production? Who had to be coaxed out of hiding to conduct every concert?

And yet, even with this seemingly unending farrago of personal quirks, what matters most is, as always, the work. While his personality may have been complicated, his production was nonpareil. His on-disc legacy includes, arguably, the defining recordings of Der Freischütz, Der Rosenkavalier, Brahms’ Fourth Symphony and, with a lot to be held against, one of the best known (and therefore most difficult to execute) pieces in the whole of the canon, Beethoven’s Fifth Symphony (Vienna Philharmonic, Deutsche Grammophon). And with this one recording — this one vivid, breathing, seething, elegant, unfettered and appropriately open-throttle recording — the oddball legacy of this conductor becomes even more frustrating, because one can imagine the Beethoven cycle, Brahms cycle and recordings of other Strauss operas that will, to the anguish of posterity, never exist.

The story goes that Carlos Kleiber grew up in the shadow of his father, the legendary maestro Erich. One of the more renowned conductors on the planet in his day, Erich Kleiber’s glittering accomplishments included conducting the world premiere of his friend Alban Berg’s opera Wozzeck. But this handy oedipal explanation for Kleiber’s personality doesn’t exactly rate. The opening line of Charles Barber’s recently published Corresponding with Carlos: A Biography of Carlos Kleiber (Scarecrow Press), seeks to disabuse the reader of this falsehood: “The first and cruelest commonplace about Carlos Kleiber was that he stood in the shadow, and aped the conducting, of his father Erich. Subsidized by it is the claim that Carlos’s reclusiveness was an attempt to escape that shadow by creating his own, and withdrawing into it.”

As a young conductor, Charles Barber hoped to study with Kleiber after seeing a life-changing televised performance. Anyone who knew the maestro (as few actually did) thought this hilarious — Kleiber certainly never held a teaching post and took no pupils — but a cheeky letter from Barber netted a response, and what ensued was an epistolary friendship. The letters are hysterical, opinionated, scathing, brilliant and charmingly self-deprecating. Corresponding with Carlos stands as the only book of its kind that is ever likely to exist, important not only to the Kleiber shelf but to the history of classical music. And, as so often happens when people discuss the maestro, the book is also a love letter to a hero by an author who had fortunate and unprecedented access. It manages to both inject a few facts and practicalities into the myth of Kleiber and confirm his legendary eccentricity. What emerges is a portrait of someone who held everyone, himself more than anyone, to extremely high standards and who, even if it was to his professional and financial detriment, could not bring himself to compromise those standards. To a career conductor — the music director of even a lower-tier orchestra or opera company, say, whose life is spent not only conducting but also dealing with organizational practicalities — Kleiber’s limited repertoire and extravagant demands might seem unrealistic, risible even. How many rehearsals does a major orchestra actually need to pull off a Beethoven symphony or even something as complicated as Tristan und Isolde? But Kleiber was never satisfied with the idea that he could just “pull off” something, and expected as much from his collaborators. 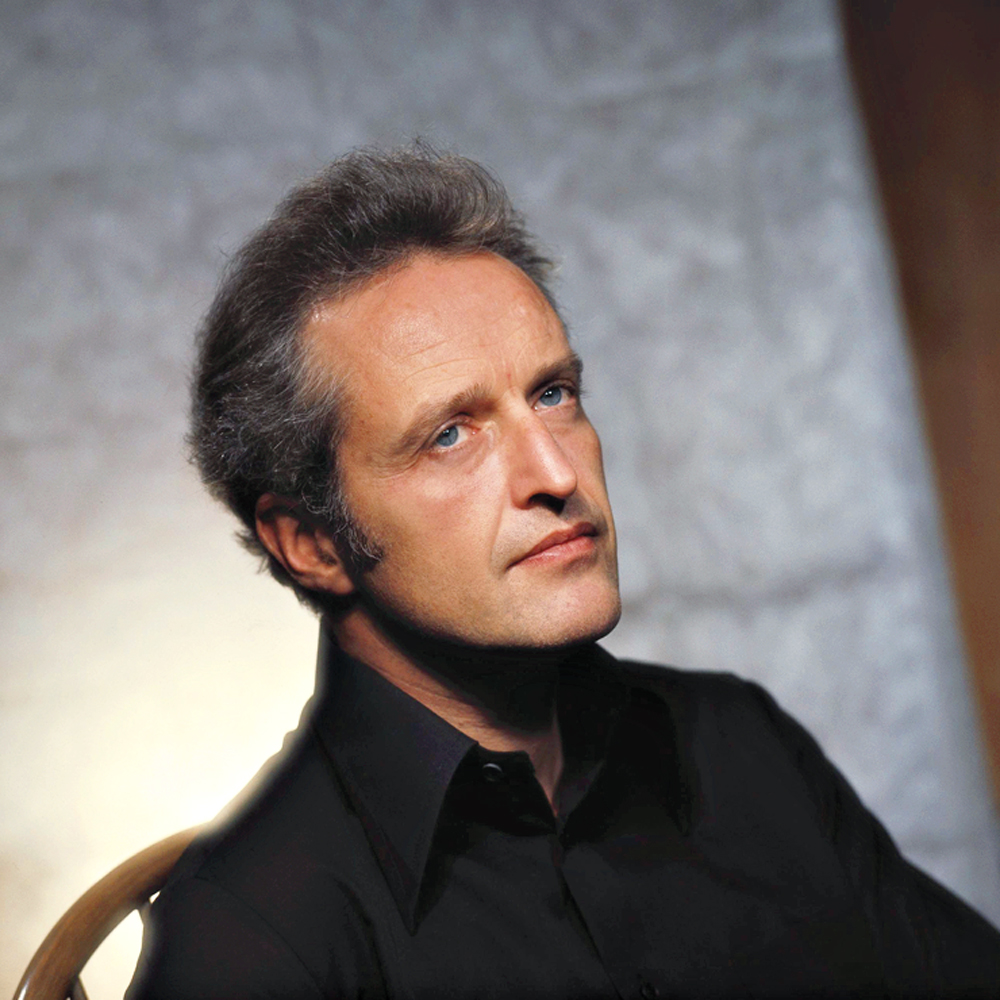 The Fifth
Carlos Kleiber’s rich, brazen yet elegant 1975 recording of Beethoven’s Fifth Symphony with the Vienna Philharmonic (Deutsche Grammophon) still sends shivers. The opening movement is taken quickly and vigorously, but with a sense of drama that builds to a maestoso finish. The Andante cradles us warmly in strings, but brass enter here with only an outward show of confidence, behind which lurks trepidation and always urgency. Joy at last arrives in the finale — but what shadings of color we encounter along the way! —Ben Finane

A record of Kleiber’s opinions, methods and overarching wit matters only when set against the genuine greatness of his production. The thing that especially defines a Kleiber performance is that every note is pre-conceived, meticulously designed to be alive, a vivid contribution to the raw, ritual excitement of performance rather than plucked strings or air through a tube. His interpretations throb, pulsate, pounce; there’s humor when appropriate, dark hues elsewhere; and mostly, the “objective” perception of Beethoven as just notes on paper is jettisoned in favor of the notion that music is life, and that the best music is the best way to live. Kleiber was allergic to simply beating time (and to those colleagues he felt fell prey to this) and viewed the bar-lines as placeholders rather than emphatic absolutes, which lent his interpretations their turn-on-a-dime fluidity and range.

This alone would have been enough to make him great, but there was even more to it: Kleiber tried to find the drama in his own life and transfer it to the music. In reference to how one might best conduct Pagliacci, he wrote, “There’s a dreadful story in San Francisco about a young woman who was killed by two vicious dogs in the hallway of her apartment building. There must have been a moment when the victim knew she was not going to survive. In Pagliacci we need to convey the same fear and inevitability.”

One thing Kleiber’s recorded output makes clear is that he limited his repertoire because he wanted to dig exceptionally deep. And Barber’s book shows us just how he did it: his commitment to preparation was endless. He spent countless hours marking orchestral parts so that they reflected, down to the smallest upbow or staccato marking, exactly how he envisioned the sound. His musical genius lies not only in his vision, but in that his conceptions were both unique and wholly appropriate. He took the composer seriously by trying to bring the music home instead of being distantly respectful. And by severely limiting his repertoire and refusing engagements, he never had to make something work that he felt less than strongly about, and was able to get his collaborators — especially members of whatever orchestra he happened to be conducting — to follow him where he led. It would have been easy for the Berlin Philharmonic to sleep through Beethoven’s Fifth after who-knows-how-many performances, but Kleiber, a man who conducted phrases rather than beats, who changed his interpretations nightly depending on the moment, and who had in his encompassing mind a clear and deeply held belief in the music, would simply not allow it.

“Carlos,” says no less an authority than frequent Kleiber collaborator Plácido Domingo (their Otello is the stuff of legend), “was a conductor who was able to find out everything in the score, everything that perhaps other conductors hadn’t; was that kind of musician who will change night after night. He was leading every second, and you know, you have to be ready because he was improvising. And this was the magic of the evenings: every performance was different, and his imagination, his ability to really use both hands — the independence of the right and left — giving us everything that was possible for every instrument.”

Barber says it more succinctly: Knocked sideways by a Kleiber performance on video, he says, made him realize “it was all eloquence and control, and, paradoxically, all freedom and all intimate speech. I had never seen anyone enchant an orchestra or inform an audience like this one.”